The Eye I Carry….

Thirty-five (35). That’s how many pictures I took yesterday. A quick scroll through the ‘camera roll’ on my phone suggests yesterday was an average day. Multiply that by 365, and it’s a safe bet I’ve taken roughly 12,000 pictures in the last year. I think that’s a conservative estimate.

Did Henry Diltz take 12,000 pictures in his career…? I don’t know, and no, I’m not comparing myself to Henry Diltz in any way. I think it’s a good comparison though, just for scale. Thank God I don’t have to pay to have my pictures developed — I’d have to sell some bikes.

I can’t help it. Taking pictures has become as important to me as riding my bike, strength training, or interacting with my pets. It’s become as much a form of therapy for me in the last few years as any of those. There’s just something satisfying about looking for something ordinary around me — anything, framing it up, and capturing it in the best possible light. 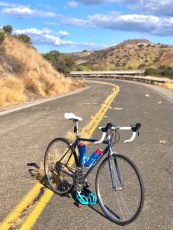 Though I do own a nice camera, I have not used it since 2014. That was the year I decided my smartphone would be my only camera, ongoing. Of coarse sharing my pictures and the subsequent acknowledgments of that sharing is a part of the attraction. What’s the point of doing anything if it can’t be met with a round of applause — or a few 👍’s…? Notwithstanding that I’ve found photography to be an increasingly effective form of communication when I can’t find the right words.

From 2014 through today, my picture taking has been mostly limited to three areas of interest and accessibility…

– My bikes each day when I ride.
– My pets when it suits me, even if it doesn’t suit them.
– The local nature preserves where I walk each morning or evening, honing in on insects, leaves, flowers, and random objects I might find there.

Occasionally, if I find myself in a setting beyond those usual circles — peripheral to interesting architecture, objects, or faces, I might attempt a picture or 30. Mostly though, it’s dogs, bikes, and local nature. 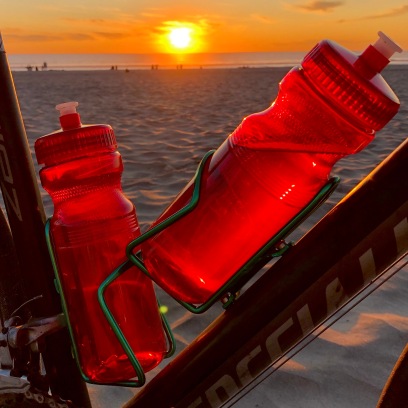 To attempt something different this week, I took a decorative tequila bottle, filled it with mouthwash, and placed it on the floor of my fitness studio in the morning light. I think it’s pretty, but it’s outside my flow of normal. It was contrived. I don’t do contrive too well, so I think I’ll just stick with aiming my smartphone at what interests or strikes me as I amble through life.

On December 15, it will be one year since I began this blog and its corresponding Facebook page. I made the commitment to myself to write a complete essay for this blog each week for one year, and a shorter post every morning for the Spoke And Word Facebook page. I’m about to step over the finish line for that year. Though I will continue this blog and The Spoke And Word Facebook page, I’m going to scale both back a bit in the year to come, so I can have more time to focus on things like house cleaning, yardwork, and brushing my teeth.

For the handful of people who have taken time each week and each day to read this collection of what I often referred to as mixed thoughts, thank you very much. I’ll make every attempt to improve the photography and writing in the coming year — well, the photography anyway.

This Week By The Numbers….

Whether you ride a bike or not, thank you for taking the time to ride along with me today. If you haven’t already, please scroll up and subscribe. If you like what you read, give it a like and a share. If not, just keep scrollin’. Oh, and there is this from Dog Trumpet. Enjoy…