Still Feeling Out The Wormhole…

Like many, after a more than a decade, I still wonder how social media, Facebook in particular, should fit into my life. I still wonder whether it should be a part of my life at all. And in my quietest moments, I’m often concerned about the influence social media has had on my personality.

In 2006 my life and business were on autopilot. My days were evenly divided between working, exercising, and reading books on religion and philosophy. I didn’t even own a television and I wouldn’t have changed anything. Well into my 40s, for the first time in years, I felt like I was in a good place.

Around that time, I started a fitness blog, partially to bring credibility to my business, but also to speak out about an industry that had become so perverted that I no longer recognized it. One day a friend, a tech-industry insider, suggested that the up and coming social media platform, Facebook, would be a great vehicle to share my writing. She felt Facebook would become, in a short amount of time, the most used form of mass-communication the world had ever seen. 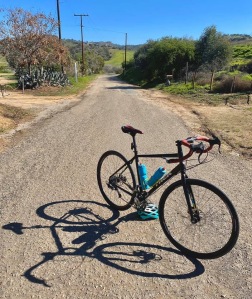 At the time, my internet use was limited to my fitness blog and email only. There was no Netflix streaming, YouTube was in its infancy, and my time on keyboard each day could be measured in minutes, not hours.

Subtly though, over a period of just a couple of years, I began spending more more time on my computer. At that time, I still used a desktop PC — this was 2007 or so. Checking my email, Facebook, and responding to comments on my blog usually took place at the beginning of the day or at the end of the day. If time and circumstance allowed, I might check these media in the middle of the day, but not often.

In 2008, I bought my first laptop. With Wi-Fi being more established in restaurants, coffee houses, and other public places, I began taking my computer with me just about everywhere, mostly so I could write if I was so inspired, and if had the time. I also checked email and Facebook messages more frequently.

In 2013, I got my first smartphone, an iPhone 3. That’s when the quantity of wormholes, and the gravity inside them increased. The camera on my iPhone was better than the point-and-shoot camera I took with me on my hikes. I developed an affinity for smartphone photography. As better apps and filters were being developed to support my photo habit, more platforms manifest to share those pictures, such as Hipstamatic and later Instagram. I began a seamless progression onto the social media road that I still walk today.

Facebook though, was a superior outlet because I could share both my writing as well as my photographs. Facebook was growing fast though and changing form from week to week. The increasing network of warmholes and tunnels were so easily drawn into, that at least a part of my psyche began to reside there, even when I was away from my phone or computer. 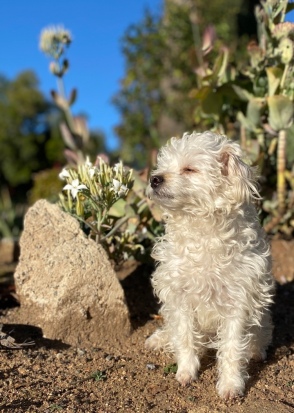 Viscerally, I was becoming aware of the negative impact this could have on my time, but I was also becoming concerned about any impact it might have on my personality. I regularly questioned whether this increase of screen time was healthy, though I never answered those questions. This might be analogous to someone enjoying a glass of wine with dinner each evening, but on the inside, knowing the 2nd and 3rd glasses were not as easily justified.

My pattern has been pretty consistent for the last 4 or 5 years — I take a lot of pictures, I write, and I share. Seems harmless, and a good creative outlet, yes…?

“If you’re going to the prom, you best be prepared to dance with them who brung ya…” Bum Phillips

The world has changed a great deal in the last 13 or 14 years since Facebook and other social media platforms took off. What has changed the most, is the profound impact social media has had on journalism, institutions, as well the unscrupulous companies pitching their wares while simultaneously mining for personal data. It’s a web of agenda and manipulation the likes of which the world has never seen — one I willingly step into every day.

What began as a platform for social interconnectivity, not only gave everyone a vehicle for their own voice, but each vehicle came with its own road. Within a few years, people and institutions were speeding, changing lanes without looking, changing roads without looking, doing countless U-turns, and constantly changing directions — and there were few rules and even less enforcement. Using social media became a lot like driving in Athens — one is best served to have diligence, patience, a good eye for deception, and a backup plan.

What makes any technology worthwhile is when it’s used for its highest purpose and with the best of intentions. I have no problem saying that most people and most agencies don’t do this with Facebook and other social media platforms. People and institutions, for the most part, behave like children on an unsupervised playground.

I can say with honesty that Facebook and other platforms have enhanced my life in ways I would have never imagined back in 2006. Many aspects of my life have improved due to the connections I’ve made and the information that’s been shared among and between those connections. I’m grateful all of this happened in my lifetime.

Facebook is a generic term to me. It’s not a company, it’s an idea that would have happened anyway, and by any other name. Social media was going to happen no matter what. Facebook just got in line first. Facebook may be broken up by the government in time. It may sell itself into pieces — of its own accord. It may even go into bankrupt someday and come out with a completely different structure. It might even dissolve entirely, if pressed by a competitor which can offer more, although that’s not likely (see Microsoft).

If Facebook disappeared tomorrow, a vacuum would be formed so quickly, it would be replaced within weeks, or sooner. It isn’t Facebook the company which has changed the world so much. It’s been the ability to communicate so quickly and with so many people — social media is about the efficiency of being human. How we continue to use this technology is up to us, but it’s not going anywhere. I still plan to use it for purposes of good, how about you…?

Whether you ride a bike or not, thank you for taking the time to ride along with me today. If you haven’t already, please scroll up and subscribe. If you like what you read, give it a like and a share. If not, just keep scrollin’. Oh, and there’s this from James Reyne. Enjoy…

5 thoughts on “Still Feeling Out The Wormhole…”