The priorities of culture should be fairly straightforward. If you’re not familiar with them, here they are in order — or the order in which roughly 1/3rd of the human population has them in…

1- Society as a collective — all people who inhabit the earth.

3- Work — what enables communities and societies to move upward and ahead.

4- Family — those persons we most value and are closest to, who give meaning and purpose to going to work.

5- Self — the smallest constituent of the engine of culture, that’s often corrupted by the illusion of autonomy.

Governmental malfunctions  and abuses of leadership notwithstanding, there’s a reason we aren’t seeing large profile movements in Asia (China, Japan, Taiwan, Hong Kong, and South Korea) of disobedience, rebellion, and outright refusal to do what’s best in thwarting a global pandemic — the wearing of masks in public places as an example.

That reason is Confucianism — a system of priorities dating back roughly 2500 years, that is near the center of most Asian culture. In his book, The Religions Of Man (1958), Huston Smith writes…

“It’s said that every Chinese walks in Buddhist sandals, covers with a Taoist cloak, and wears a Confucian cap. They are all of these things, but not always all at once…“

In matters of taking precautions that benefit the whole of society, and doing what’s best to stop the spread of a disease, most of Asia today is showing it’s Confucian cap. 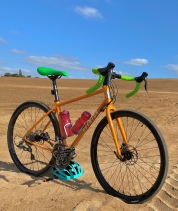 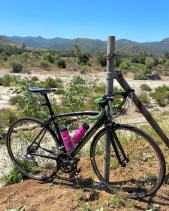 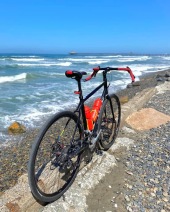 In his book, Confucius And The World He Created (2015), author Michael Schuman suggests South Korea is the most Confucian society in the modern world, as it relates to the priorities listed above. He suggests Japan is a close second.  Whatever issues South Korea and Japan have had during this pandemic, civil disobedience in favor of self hasn’t been one of them.

The Declaration Of Independence (1776) gives us this phrase…

“Life, liberty, and the pursuit of happiness…“

I’ve seen that phrase cited repeatedly in recent weeks relating to matters of home confinement, the wearing of masks, and the curbing of our ability to gather and enjoy the fruits of our democracy. That phrase life, liberty, and the pursuit of happiness is at the core of our cultural DNA. I’m not opposed to that phrase, but I think it should be extended to read as follows…

Life, liberty, and the pursuit of happiness — so long as our priorities are in order.

Without that stipulation, life liberty and the pursuit of happiness above all things, has made America the drunken college frat boy of the modern world. 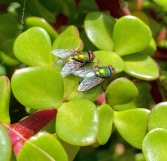 Some may read this and consider me un-American, unpatriotic, and even a malcontent. I suppose I’ve invited that criticism, though it’s misguided. I’m a veteran, a responsible citizen, and a person who will never put self above the whole of society. I think this is a good way to be, and I’ll argue that a successful outcome for mankind is dependent on it .

Whether you ride a bike or not, thank you for taking the time to ride along with me today. If you haven’t already, please scroll up and subscribe. If you like what you read, give it a like and a share. If not, just keep scrollin’. Oh, and there’s this from Nada Surf. Enjoy…

6 thoughts on “Speaking Of Priorities…”