It’s 430am. Fresh out of the shower, and despite only five broken hours of sleep, my body slowly comes to life. I sit on the sofa breathing in the fragrance of Don Francisco‘s vanilla coffee, which sits on the table beside me in a cup from the 2016 Rose Bowl. I grab it with my left hand, raise it to mouth, and take the first sip.

The metamorphosis begins — the sleepy caterpillar emerges from the cocoon of the night and in less than 20-minutes becomes a functional human being. The first sip of coffee awakens my senses and sends a gentle pulse through my body. It’s the most pure moment of my day. 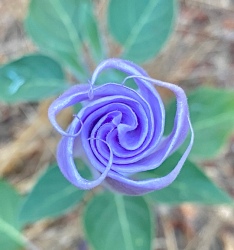 On the table beside my coffee cup is a small dish of carpet tacks. As the first taste of coffee fades, but before I take a second sip, I grab a small handful of the carpet tacks and put them in my mouth. I begin chewing them. There’s a shock as the steel tacks collide with the enamel on my teeth. Pain manifests as the sharp tips pierce my tongue and the roof of my mouth. The lingering flavor of coffee gives way to the taste of blood.

I force myself to chew them, despite the shock and pain. Every closure of my jaws sends a jolt through my body and I’m more awake but less alive as I force myself to continue chewing. I want to spit them out, but I’m addicted to the pain. Of course I don’t really chew a handful of carpet tacks each morning. I log onto Facebook, but it’s a fair comparison.

For all the pleasure and awakening that my shower and coffee provide me each morning, that mood is killed as immediately as I see the first signs of hatred, argument, and ignorance being tossed around on Facebook. Still, I wake up and do it again, day after day. Something’s gotta give. Maybe. 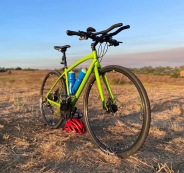 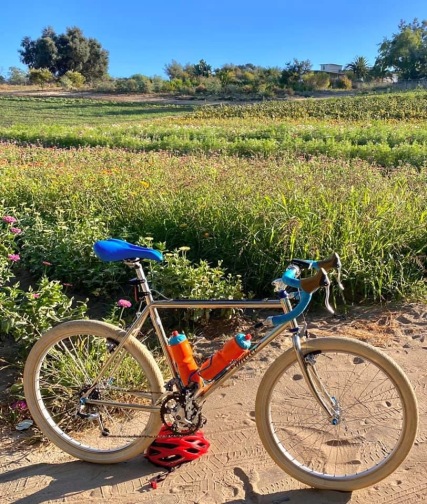 For over a decade, the coffee and the carpet tacks have gone together. I’ve seen them as interconnected — can’t have one without the other. That said, the carpet tacks weren’t always steel or sharp. They weren’t even carpet tacks. In the beginning, they were more like coffee grounds from the bottom of the cup — a little bit course and bitter, but an easy inconvenience to bypass.

Somewhere, between 2010 and 2016, people’s attitudes towards one another began to change. By mid 2015, I was chewing carpet tacks every morning, in equal portion to the coffee I was sipping. And maybe I’m not really talking about coffee either. Maybe that too is a metaphor for the positive friendships and interactions I’ve come to appreciate each morning on Facebook.

There’s Bill and Ron up in Barsdale, Pete in Brisbane, Lara in Vacaville, Dawn in Valley Center, and Judy in upstate New York, to name a few. There’s Tim in Steamboat and another Tim in Utrecht. Mike in Virginia. There are many others. It’s been like a virtual coffee house, where humor, greetings, and casual pats on the back are exchanged. Information, photographs, and music are shared, and a camaraderie exists that rival a coffee shop, a pub, or the cardio theater in any gym.

But then there’s the carpet tacks.

Anyone who knows me understands the struggles I’ve had negotiating this duality for the past few years. A large part of me says to just walk away — forget Facebook and all the negativity. I should invest that time in anything more productive. For a long time I’ve resisted that desire, always seeing the positive side of Facebook as being greater than negative. Recently though, if I’m being honest, the negative side has grown to monstrous proportions.

I’ve begun to throw it out there that I intend to delete my Facebook page, and may do so as soon as this week. Every time I think about it though, I think about the value of those relationships — those people in other places, near and far, that enhance my days and enrich my life for what they bring to the table each morning and each evening.

That’s where my real struggle is — throwing out the baby with the bathwater.

As I write this, and as a pedal through my community each day, I spend much of my time considering whether or not Facebook should be a part of my future. I value those relationships, but have so much disdain for all the ugliness, ignorance, and hatred I must wade through to get to the good stuff.

Of course the obvious solution is to limit my time on Facebook and amend my connections. Perhaps I’ll give this a try, but the more likely solution is to just walk away. If I do walk away, I’ll continue to write for this blog weekly, and possibly more frequently. I’ll keep you posted.

This is what I think about when a ride… Jhciacb

Whether you ride a bike or not, thank you for taking the time to ride along with me today. If you haven’t already, please scroll up and subscribe. If you like what you read, give it a like and a share. If not, just keep scrollin’. Oh, and there’s this from Otis Gibbs. Enjoy…

12 thoughts on “Coffee And Carpet Tacks…”