If one had the good fortune to grow up with the music of the 70s, then they likely heard Fleetwood Mac every 15 minutes for the latter half of the decade. On FM radio, AM radio, in the shopping mall, replicated by high school marching bands under the Friday night lights, and blaring from the speakers of Chevy Novas stopped at red lights everywhere, Fleetwood Mac was the official background noise of the mid to late 70s.

Theres a reason though, those albums combined to sell tens of millions of copies. They spoke to one of the largest music buying audiences of all-time, they were recorded with great fidelity, and the variety of musical styles, songwriters, and lead vocalists offered something for nearly everyone.

But this isn’t about the classic Fleetwood Mac lineup. 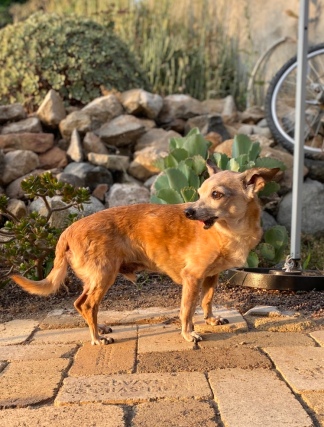 Peter Green died last month. Green was the founding member and iconic guitarist behind the original incarnation of Fleetwood Mac. Green helped define the blues-based rock coming from England in the 1960s. First, with John Mayall’s Bluesbreakers and later in the original incarnation of Fleetwood Mac. Green’s contribution to blues-based rock is as significant as anyone’s.

But this isn’t about Peter Green either.

In-between Peter Green’s Fleetwood Mac of the late 60s and the classic lineup of the mid-70s is what I like to call Middle Mac.

Middle Mac was a slowly changing lineup which made 6 albums between 1970 and 1974, each unique to itself. No album sounded like the one before nor the one after. It was music that fit the early 70s like a glove. Of the six Middle Mac albums, the one that stays with to this day, and shows up frequently in my head when I ride, is Bare Trees from 1972.

The lineup for Bare Trees consisted of…

This will always be my favorite Fleetwood Mac lineup. 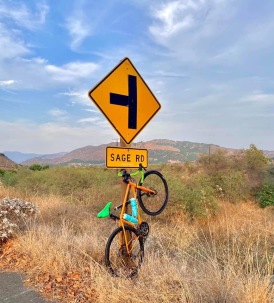 Three years after the Bare Tree was released, I walked into a record store looking for a copy of their current (1975) album, the self-titled, Fleetwood Mac. It was sold out. In the bin though, was a lone album with a beautiful photograph of leafless trees in a fog. I bought the album thinking it would sound similar to the Fleetwood Mac album receiving so much radio play at the time. I was 14.

When I got back to my house, I broke the cellophane with my thumbnail , laid the disc down on my turntable, and played the album for the first time. All the while, I stared at the picture on the album cover. To my surprise, the album sounded nothing like the Fleetwood Mac I’d been hearing on the radio for the past few months. It spoke to me though.

At the time I was already listening to a lot of Steely Dan, Moody Blues, and Pink Floyd and have no problem saying my tastes were a little more sophisticated than most 14-year olds. Like I did with most new albums at the time, I kept it on my turntable for several days without listening to anything. Bare Trees would soon become a favorite album and remain so to this day.

Eventually I would own the self-titled Fleetwood Mac album, as well as Rumours and Tusk. I’ll confess, and to the likely dismay of my musically inclined friends, I still listen to those albums and still enjoy them. The three classic albums are classics for a reason.

Bare Trees though, is a gem. It’s distinct from every other Fleetwood Mac album. There’s a gentleness and intelligence to it which was lost when Kerwan and Welch left the band. Nothing big happens on the album, just a lot of richness that pleases the ears and, for me, never gets old.

When I hear people speak of the near-holy reverence they have for Peter Green, or the tens of millions of albums sold by the classic lineup, I sometimes feel like Kirwan/Welch lineup and Bare Trees were kidnapped and left to die in the trunk of a car.

We’re all busy, I get it. But if you ever have time, check out Bare Trees from beginning to end. It does for the ears during difficult times what good brandy does for the mood on a cold winter’s night.

Whether you ride a bike or not, thank you for taking the time to ride along with me today. If you haven’t already, please scroll up and subscribe. If you like what you read, give it a like and a share. If not, just keep scrollin’. Oh, and there’s this from Fleetwood Mac. Enjoy…